If you google Party in the park  you’ll probably see a big event in London which is held on behalf of the prince’s trust, but Party in the park has also been  a major event for the city of Leeds in the UK, held Every year on the Temple Newsam Estate it attracts up to 70,000 people all in one place.

Everybody attends to see the big acts that are playing on stage from local singers to world famous and loved bands.

Past acts have been JLS, One Direction, Peter Andre, Pixie Lott, Mcfly, The Wanted even WESTLIFE in 2002.

Somehow they have managed to hold this event on a great day with a 90% record of perfect weather on the day which just adds to the memories, even when it’s rained everyone has loved it, there is a fair ground at the back, loads of food and drink vans and a lot of grassy land to either stand and dance or sit and relax with the family, I honestly have never enjoyed an event as much as this, maybe it’s because I’m a Leeds lad and grown up with it but it’s true. 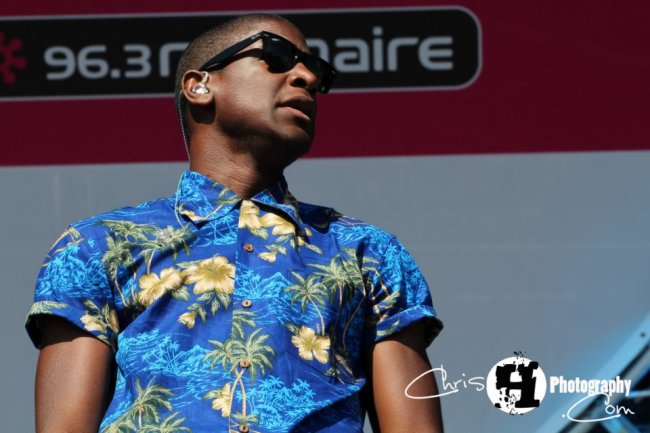 I have been lucky enough to have taken photos for this event for five years running getting close up tp the acts and being in front of 70,000 people, you can see my photos from last year HERE. which includes One Direction, Little Mix, Tulisa, Labrinth and more

I hope to do the same again this year but as I now have a blog I wanted to give my opinion on the subject that has had the social networks twitching since the first lot of information was released to the public.

Run by Leeds city Council and the local radio station 96.3 Radioaire, Party in the park has been going for years and has been an anual day out since I was a little kid.

The event prides itself on being the ‘biggest FREE pop event in the UK’ well, at least it used to as today this year’s tickets went on sale for the very first time.

Usually as you’d guess by their previous title, the tickets were free of charge and used to be on a first come first served basis, then the organisers created a lottery to tackle the problem of many families not being able to get any tickets, especially Leeds residents as it is part funded by their council but this itself caused problems with many more families
not getting tickets and being even more disappointed.

The news of the newly introduced charge broke on the 14th May 2013 when local BBC Look north released the story to the world on Facebook and twitter just hours before the official announcement on the radio at 8AM on 15th May 2013.

The news has brought a lot, and I mean a LOT of complaints and general moans from people finding it hard to comprehend the need to charge for an event that is usually free..

Everyone in the UK at the moment have been feeing the effects of government cuts in one way or another and what most people like to forget is that this free event doesn’t come free to the organisers and in fact costs a heck of a lot of money to hold the 6 hour event..

This year large Council managed events across the UK have had to see their budgets dramatically cut and so the only thing to do is to reach out the the thousands that enjoy the event to help fund it.

Radioaire’s official statement says:
“Due to continuing budget  reductions and challenges faced by Leeds City Council, a nominal charge has been introduced
this year rather than having to cancel the event altogether. This also brings Party in the Park in line with charges
already introduced for other council organised large-scale outdoor events.”

My first concern when I saw the news was for people like my sister who usually takes her four kids and herself, at £10 each
it would have cost too much to take them all but then I saw the price list on radioaire’s website and my only worry was erased.

I have to say that I really really agree with the charges, whatever bracket people fit into in the list they are all getting a whole host of top acts over six hours for under ten British Pounds! It costs me £10 to get a taxi to the local ASDA and back.

Ten pounds for such an event is nothing to pay. Kids with a Breeze card will only have to pay £5 for the event and kids under 4 years go free.

Having studied events at university and being in the industry for years, I have never seen an event of this scale and quality for such a low price and I think (and hope) people will see that in introducing this small fee the loved event has been saved and that if they don’t embrace this fee then the entire event will soon dissapear which will be a sad day.

Some people have said they won’t buy their tickets untill they see the line up which I can understand if you’re paying hundreds for a festival but £10! just think, one direction were there last year and now selling out world tours including playing to 100,000 in Barcelona in 2014, you will NEVER get to see them or any of the other acts for this price!

On the 28th May the first acts for 2013 were announced and they were:

So they have started steady, Blue have a tour so people will be getting a treat with them, Stooshie were there last year and were popular and A*M*E is a new act for me, but it’s always good to discover new talent.

I can’t wait to see who else will be playing on the day, I would always reccomend this to anyone, if you haven’t been please come down to t’Yorkshire and find out for yourself just how good it is.